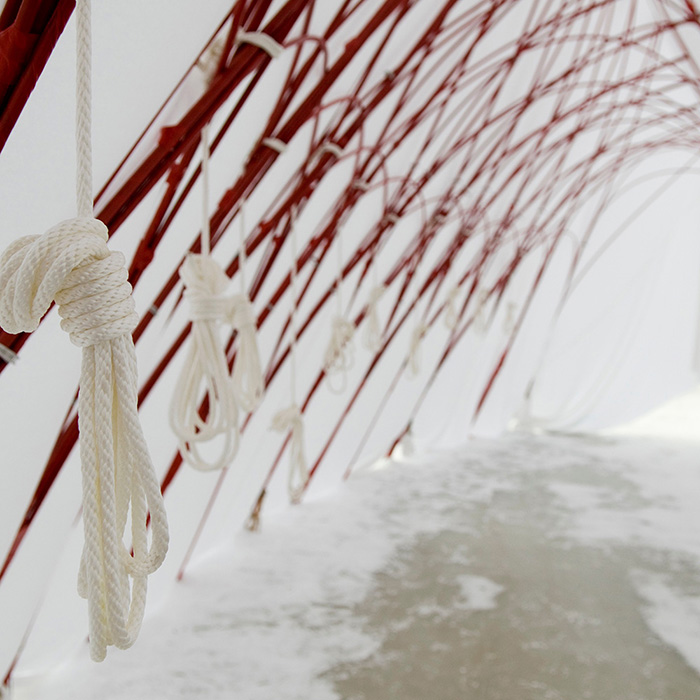 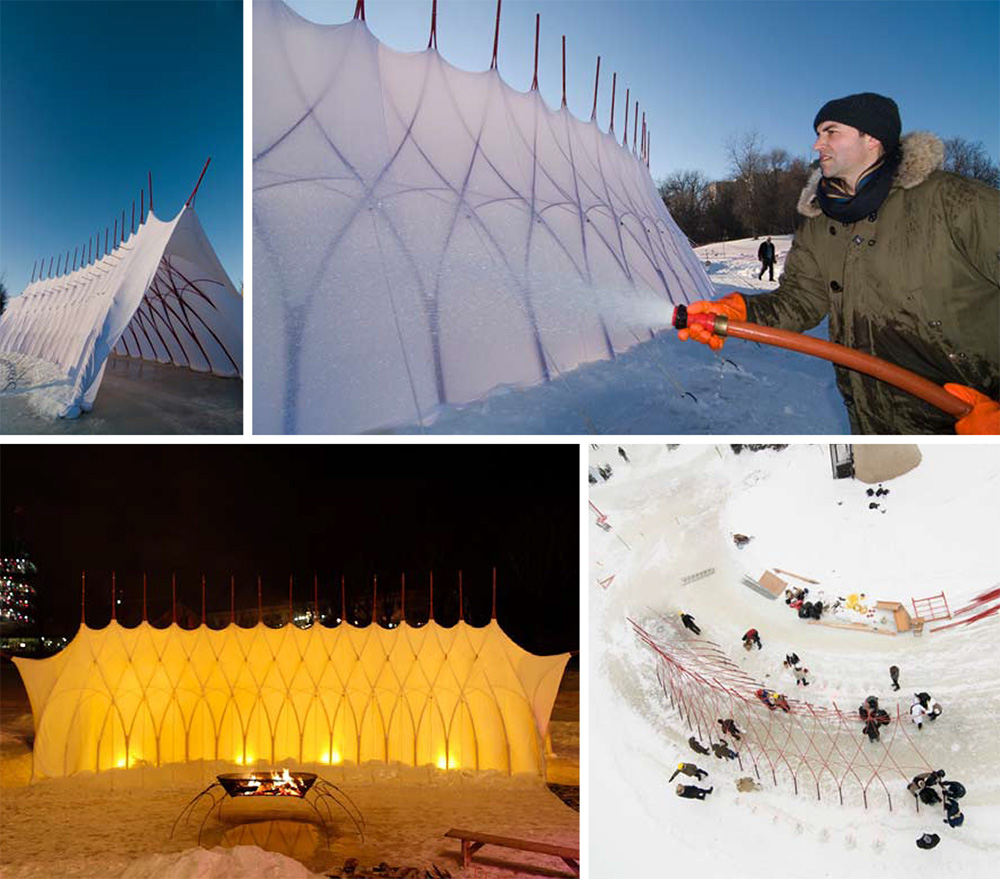 In January of 2012, The Department of Architecture at the University of Manitoba was invited to design and construct a project for the frozen river trail on the Assiniboine and Rivers in Winnipeg, Manitoba. The proposal was to create a structure that would speak to the temporary nature of the site conditions, as well as celebrate and test how the extreme nature of the cold climate might inform a building system that relies on it. As a result a project was proposed to build a fiberglass rebar structure that would support and shape a fabric formed ice skin. Profesor Coar build this experimental “thin shell construction” using the fabric as a formwork for an ice layer. In order to help profesor Coar to determine some site condition we made some analysis and modelling of the rebar structure, membrane and ice layer. In this way we could calculate the fiber glas rebars and determine the load for the anchoring as well as the ice layer thisckness. Although this project was a study of the performance of ice as a rigid compressive material, it was also a study of the construction techniques used to form other phasechanging construction materials.